Manually adding a JWK Set in AM, where does it appear when you do an HTTP GET for the URL for "http://..../connect/jwk_uri" is called?

Hi, I am running an evaluation of ForgeRock AM and trying to understand the following :

When I then do an HTTP query the the corresponding “connect/jwk_uri” URI, shouldn’t the keyset that I added be in the response ?

… and a few other URLs, but they return 5 other keys in the set that I know nothing about where they came from, and where they are configured in the AM admin console ??

Hi and welcome to the community,

Could you please elaborate on why you need to publish a public key.
The Trusted JWT Issuer is there to verify signatures in incoming JWTs as described in the documentation:
https://backstage.forgerock.com/docs/am/7.2/oauth2-guide/oauth2-jwt-bearer-grant.html

I see. So I think I have misunderstood the purpose of that in combination with what I am trying to do with a SpringBoot OAuth2 Resource Server.

But if that’s the case, how do I configure everything so that I can have JWT stateless authentication ( Again probably a confusion on my part ) ?

From the following links : 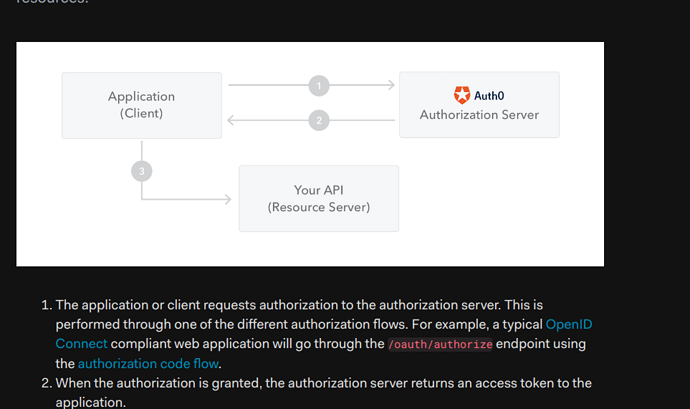 The above 2 links show that the resource server does not even consult / query the authorisation server.

But the link you showed me for ForgeRock AM’s “JWT profile for OAuth2 authorisation grant” shows that the resource server still need to query ForgeRock AM to validate the access token ?

Sorry it is taking time to respond.
You should share what flow you are trying to execute to make things a bit easier.
The OAuth 2.0 client should get a token from AM, and then present it to the resource server. The token is going to be signed by AM, not the client.
The client could use certificates to authenticate to AM, as per the documentation:
https://backstage.forgerock.com/docs/am/7.2/oauth2-guide/oauth2-client-auth.html