The high-level flow of operations is best summarized with the following diagram: 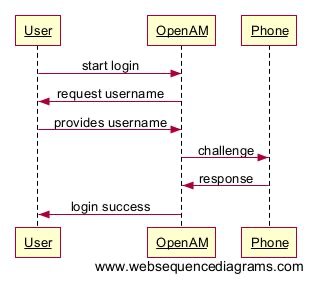 Registration is the process of registering the user’s phone with their account, so they can use it for push authentication-based login.

The authentication flow assumes that both server and client have been preconfigured with the secret, and that the communication link between the server and the client has been established: 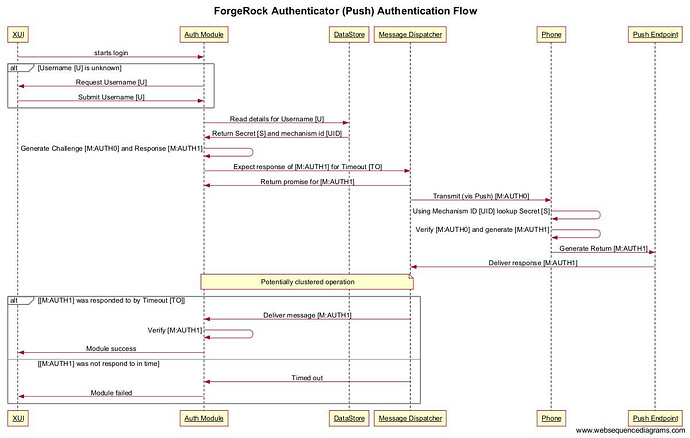 REG0 : Message sent from server to device via QR code

Where <username> is defined as:

Where params are defined as: 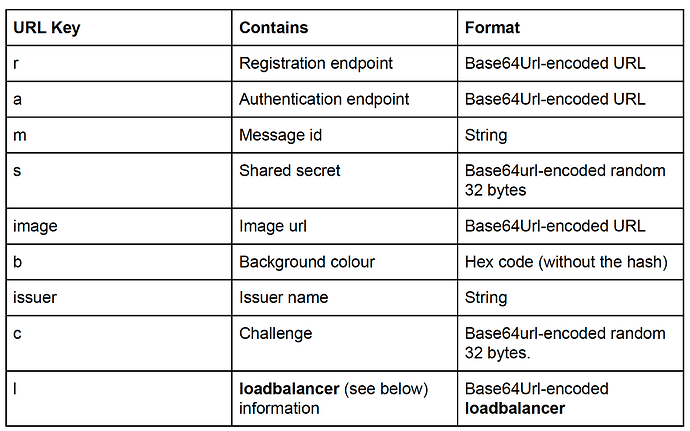 Where loadbalancer is defined as:

REG1 : Message sent from device to server in response to REG0

Format: JSON data payload , sent over HTTPS POST to the endpoint defined as the registration endpoint taken from REG0.

Where payload is defined as:

Where claims are defined as:

AUTH0 : Message sent from server to device via push

Where payload is defined as below:

The client should first Base64-decode the string, and finally, use the value presented.

AUTH1 : Message sent from device to server in response to AUTH0

Format: JSON data payload , sent over HTTPS POST to the endpoint defined as the authentication endpoint taken from REG0.

Where payload is defined as:

FAQ: Push Services in Identity Cloud and AM | ForgeRock Backstage

The purpose of this FAQ is to provide answers to commonly asked questions regarding the Push service and notifications in ForgeRock Identity Cloud and AM.

Passkeys, and other announcements from the FIDO Alliance, Apple, Google, and Microsoft CTO Lounge

Further steps towards passwordless adoption. The latest front in the war on passwords was opened recently via a multi-pronged attack by the FIDO Alliance, Apple, Google, and Microsoft. The announcement by the FIDO Alliance on the introduction of “passkeys” (or “multi-device credentials”) has been met with excitement by the Identity and Access Management community. At ForgeRock, we have been passionate about helping reduce the burden of passwords, and fully support these moves. The announcement…

This glossary gives a (very) quick overview of the significant actors, roles, and components of a fully-realized Self-Sovereign Identity (SSI) solution. For more formal definitions, please see https://www.w3.org/TR/vc-data-model/#terminology Components Verifiable Credential (VC) A credential which has been generated about a given individual entity (Subject) by an Issuer. A credential is formed as a collection of attributes (or ‘claims’) that describe qualities of the subject. A Verifiable Cre…

The Real World Is Not Ready For SSI CTO Lounge

Self-Sovereign Identity (SSI)—in the pure form that its most ardent supporters promote—envisions a situation where every user controls their own digital wallets containing verifiable credentials (VCs). The contents of these VCs are stored in immutable public blockchains and are shared to service providers through zero-knowledge proofs (ZKPs). Unfortunately, the real world is not ready for SSI. For a quick primer on the technologies, actors, and roles involved in SSI and how they interact, ref…

#define web3 The journey that we’re on… As we saw the emergence of Web2.0 (“web two point oh”) around 2003-2004 it changed the way users interacted with the world-wide web. No longer were static pages of information akin to an offline directory suitable for the modern web; it was time for dynamic content, and user participation. No longer were discussions between users hidden away in forums; it was time for comment sections and sites with built-in chat functionality. No longer was a user require…

How To: Configure the SAML2 Authentication Module for Auto Federation in AM Setup

By David Luna A quick video tutorial on how to configure the SAML2 Authentication module for auto-federation in AM This demonstration walks through configuring the module from first principles, showing how to configure a service provider (SP), an identity provider (IdP), and then the Authentication module as part of a login chain. NOTE This video demonstration uses OpenAM 13.0; although the appearance has changed between AM and OpenAM 13.x, the same principles and processes still apply. In A…

1 Like
Passkeys, and other announcements from the FIDO Alliance, Apple, Google, and Microsoft