Yet Another Use Case: Creating a Chess Game With IDM

ForgeRock® Identity Management (IDM) is part of the ForgeRock® Identity Platform. The ForgeRock Identity Platform manages the identity lifecycle, and automates the on-boarding, administration, provisioning, relationship management, and off-boarding of digital identities. It is a centralized service that lets you collect appropriate levels of information from HR systems, users…

Still here? Good! In this article, rather than provide a garden variety use case about provisioning, approvals, and password management (to name a few), we will explore a (hopefully) more interesting use case for IDM: a multi-user, turn-based gaming platform!

We will use some of the fantastic features IDM provides, such as:

This article assumes that you are familiar with basic IDM 6.5 concepts, and have some experience customizing IDM workflows, end user UI, and REST endpoints.

We will create a turn-based game for two players, as it is relatively easy to implement, and leverages the above IDM capabilities. When I think of two-player, turn-based games, tic-tac-toe and chess come to mind, as they are popular, and well-known. Although I decided on chess, it would be just as easy (or easier) to implement tic-tac-toe. Actually, it may be a good exercise for you, the reader, to take this project and develop it into a generic two-player, turn-based game engine, so any appropriate game can be plugged in, like tic-tac-toe, chess, battleship, and others.

For now, here’s how the chess game works.

To participate, the users need to first opt in to IDM for games. This is similar to opting in for marketing communications, giving users a choice. This decision is stored in a new preferences attribute in the managed user object.

The following is a typical flow

Here is a video that shows you what the game will look like to the users/players. 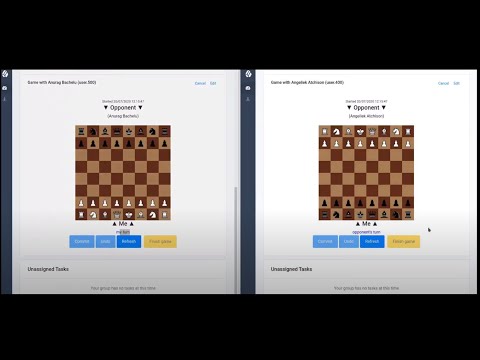 In this section, we will show you the details of how IDM was customized to implement this game platform.

There are two main changes to the data model.

New managed object: A new managed object, game, stores each game’s information. The object contains information about the game (name, start time, state, …), and also stores the current and past chess board positions using a FEN string. The game object also has (reverse) relationships to the players. This is what it looks like: 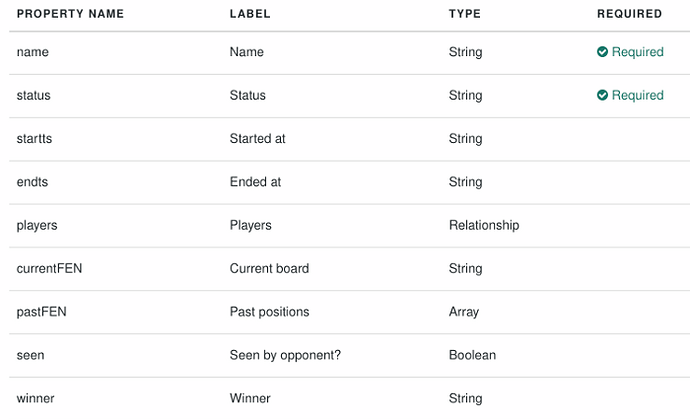 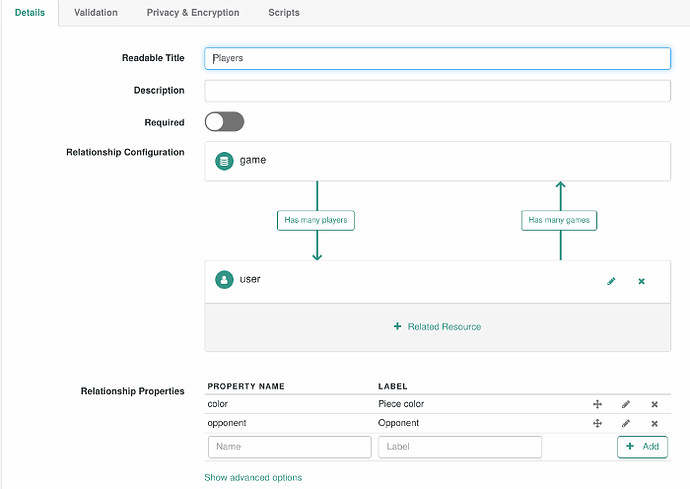 The relationship has two properties:

Here is an example of a game object: 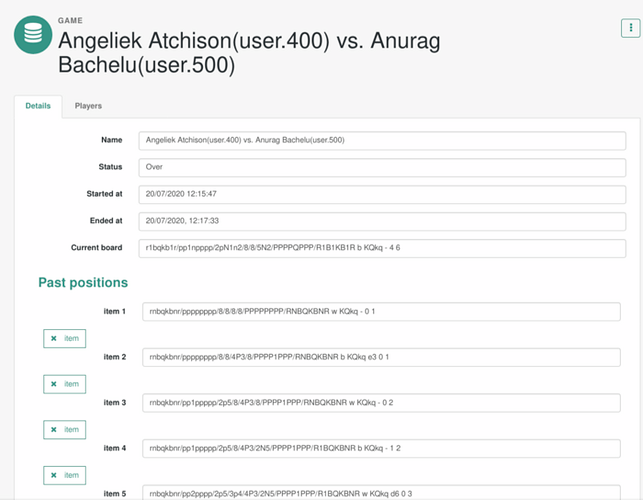 and the relationship to the players:

A new workflow is created, which looks like the following:

Users take turns at making their moves until there is a checkmate or a draw, at which time, the game is over and the users click “Finish Game” to complete the user task and end the workflow. Once the workflow finishes, the completed game appears in the list of past games in each participant’s self-service dashboard…which brings us to the next UI customization…

A new widget for the dashboard is created that lets users select from a list of their completed games and replay the game move-by-move, rendering each move on a chess board.

A custom endpoint is created to provide user search functionality from the workflow. The endpoint can search across all users in an organization by matching a substring in their user name or display name, and by who opted in for games. The endpoint lets us only expose certain functionalities to all the users rather than give all users open access to search anyone else. The endpoint code is as follows:

Lastly, we ensure that users can call the custom endpoint above over REST, and also have access to read and update the game custom managed object. For this, the following is added to the script/access.js:

You can find all the code for this project at: 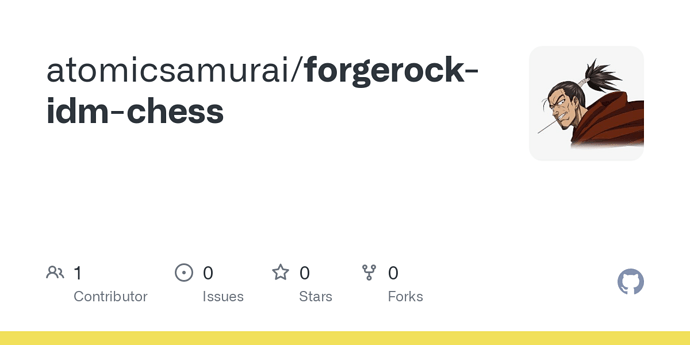 Contribute to atomicsamurai/forgerock-idm-chess development by creating an account on GitHub. 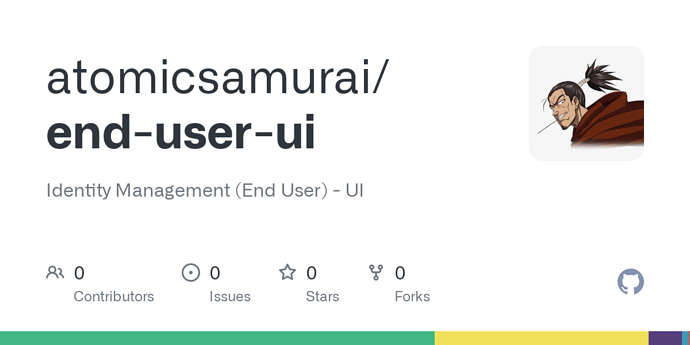