The standard deployment pattern for ForgeRock Identity Platform is to deploy the entire platform in multiple data centers/cloud regions. This is ensures the availability of services in case of an outage in one data center. This approach also provides performance benefits, as the load can be distributed among multiple data centers. Below is the example diagram for Active/Active deployment: 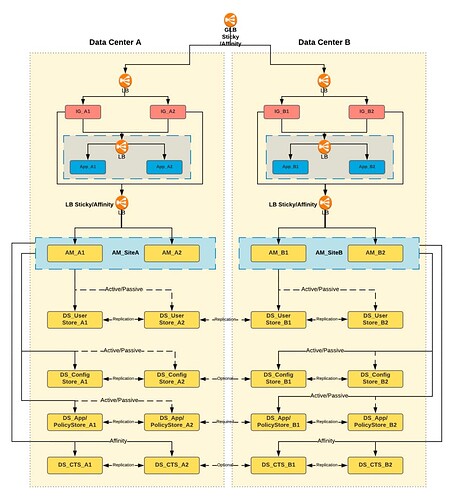 AM provides both stateful/CTS-based and stateless/client-based sessions. Global deployment use cases require a seamless, single sign-on (SSO) experience among all applications with following constraints:

To achieve these use cases, CTS replication has to be enabled across multiple data centers/cloud regions.

In some situations, a user may try to access an application hosted in a specific data center before their corresponding sessions have been replicated. This can result in the user being prompted to re-authenticate, thereby degrading the user experience: 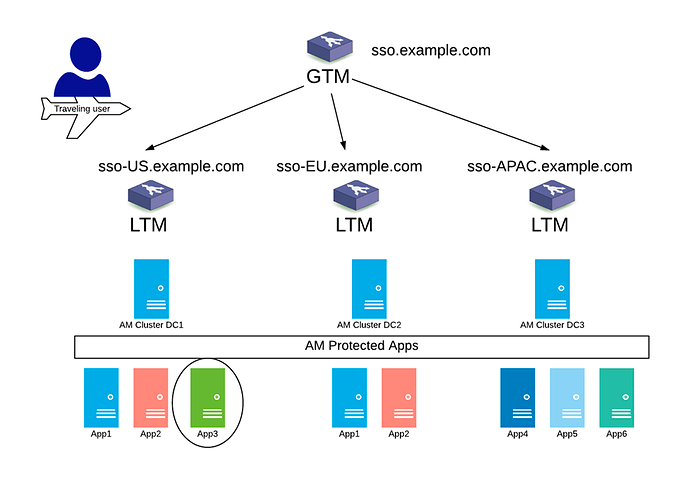 In this article, we leverage IG to intelligently route session validation requests to a single data center, irrespective of the application being accessed.

IG can route session validation requests to a specific data center/region, depending on an additional site cookie generated during user’s authentication.

This approach ensures that the AM data center that issued the user’s session is used for corresponding session validation calls. This also means that CTS replication is not required across multiple data centers/ cloud regions: 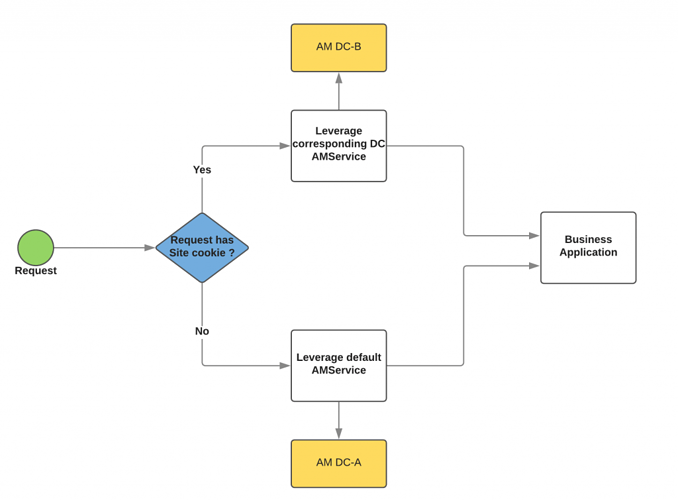 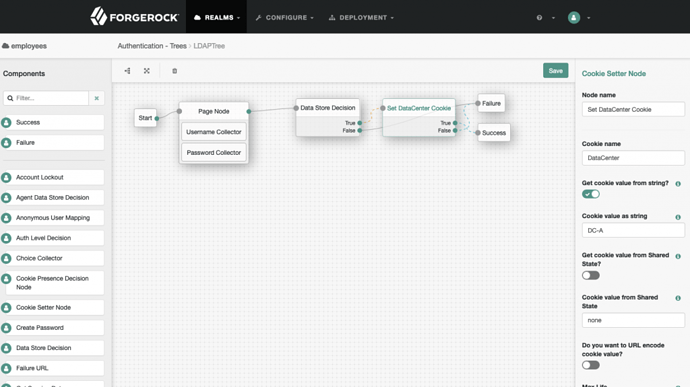 Test the use cases

The user accesses an application deployed in DC-A first

The user accesses an application deployed in DC-B first

Extend AM to OAuth/OIDC use cases

OAuth: AM 6.5.2 provides option to modify Access tokens using scripts. This allows additional metadata in stateless OAuth tokens, such as dataCenter. This information can be leveraged by IG OAuth RS to invoke the appropriate data center’s AmService objects for tokenInfo/ introspection endpoints:

OIDC: AM allows additional claims in OIDC tokens using scripts. This information can be leveraged by IG to invoke appropriate dataceter’s AmService objects

The standard deployment for the ForgeRock Identity Platform consists of multiple ForgeRock products such as IG, AM, IDM, and DS. As newer ForgeRock versions are released, deployments using older versions need to be migrated before they reach their end of life. Also, newer versions of ForgeRock products provide features such as intelligent authentication and the latest OAuth standards, which help businesses implement complex use cases. [FR-Deployment-Components-Charan-1024x798] ForgeRock …

Introduction This is the continuation of the previous blog about a Zero Downtime Upgrade Strategy Using a Blue/Green Deployment for AM. Traditionally, ForgeRock Directory Server (DS) upgrades are handled via a rolling upgrade strategy using an in-place update. As many deployments have constraints around this approach (zero downtime, immutable, etc.), a parallel deployment approach, also known as a blue/green strategy, can be leveraged for upgrading ForgeRock DS servers. Note: In this article, …